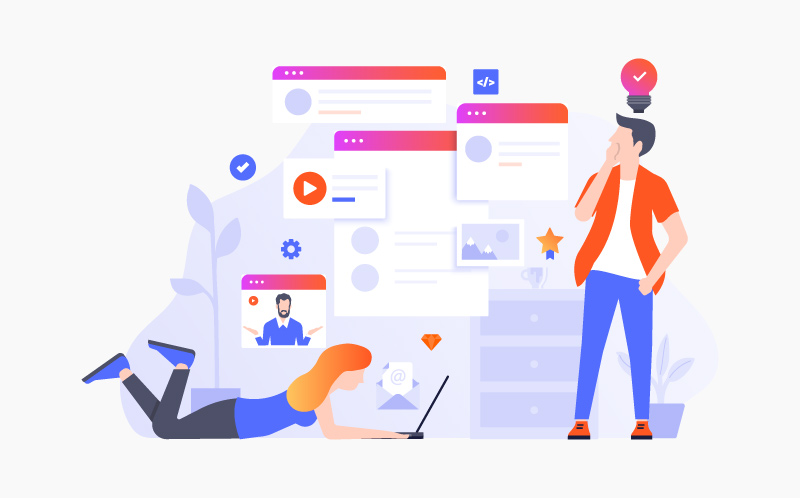 There has been a recent debate regarding whether a web developer’s speed is equal to productivity. Depending on the interpretation, there is bound to be opposing viewpoints with regards to this. However, the productivity of a developer should be equated to whether the project was completed in time but more importantly whether the application is usable. From the analysis, it is obvious that how soon a web development project is completed depends on several factors such as complexity, functionality and the scale of productivity. If you decide to hire a web developer, ensure that the web experts understand the modern day web world.

In order to create quality applications, such applications should be made from a user’s point of view. Creating an application based on how complex or easy it will be for the end user to use the same application ensures that a developer can pre-empt any challenges that the user is likely to face. The assumption here is regarding how the user will interact with the application.

Today, smartphones are one of the fastest growing phenomenon due to the increasing numbers of smartphone users. The most recent statistics suggest that approximately 64% of all mobile users across the world use smartphones. This figure is increasing by the day. The emerging trend of smartphone in use should be incorporated in modern web development in such a way that applications can be used in multiple devices including mobile devices as opposed to the traditional approach where applications were created for single devices. This means that a web application built for computer use should function just as well in devices such as tablets and smartphones. In fact, the best approach in modern development is that applications should be first be built for smaller devices before proceeding to PCs functionality.

Due to the advances made in the field of information and technology, web developers have a vast resource of modern web technologies at their disposal. Despite the fact that experimenting with new technology to develop websites and application is a good approach, a good developer should stick to tested solutions in development. You will perhaps not want to be the person who creates a complex web application using a non-tested but modern technology that will never work effectively on the application. Unlike in the past, modern web development also dictates that a developer avoids technology that hinder agility. Web developers often find themselves having to balance between applications that are both portable and agile. It is no longer a viable approach to create an application that can only be used on a single database or platform.

Well-designed interfaces can sell anything as they are more appealing to the users. However, the appeal should not be equated to complexity as most users avoid web applications that are not easily navigable.

In order to create successful web applications, developers are required to maintain the standards within the industry while at the same time observing the emerging trends in modern web development. The end products should be adaptable meaning that a good web application can be used both in the present and the future without any alterations being made.

We have been talking about digital journey. Old uncertain approaches won't deliver; you need absolute…

Right Woocommerce Tips And Tricks For The Start Ups

While creating a new website, developers have to focus on both frontend and backend development.…